People with diabetes have an increased risk of heart disease, strokes, kidney failure, blindness, infections and amputations. About half the surgeries performed in the Marshall Islands are amputations due to complications of diabetes. There are no facilities for renal dialysis.

Sixty years ago, diabetes was virtually unheard of in the Marshall Islands. People were slim and physically active and lived off the land. Their subsistence diet consisted of fish, seafood and edible plants such as coconut, breadfruit, taro, pandanus, and leafy greens. However, after WW II this lifestyle started to change. After WW II the United States detonated 67 nuclear bombs in the Marshall Islands and these contaminated the soil and water of several atolls. In effort to prevent exposure to this radioactive contamination the US started supplementing the Marshallese diet by importing highly processed food. Also around this time, Marshallese started to move from outer atolls to urbanized areas, such as Majuro and Ebeye. In 1960s, 75% of the population lived outside of urban areas, today it is the opposite and over 75% live in urbanized areas.

Today, in these urban areas, approximately 80% to 90% of all food calories are supplied by imported processed foods such as canned meats, sugared drinks and white rice. Local food is generally more expensive per calorie than imported food and less abundant. Many locals believe that when it comes to nutrition, the only thing that really matters is having a full stomach. The value of fresh fruits and vegetables is largely unappreciated.

These highly processed foods are high in carbohydrates and sugar which lead to obesity and obesity is the primary risk for diabetes. According to he World Health Organization, 39% of men and 54% or women are obese, compared to 5-7% in the surrounding region. Decreased physical activity in urban areas has also increased the rates obesity and diabetes. A study done in northwestern Arkansas showed that the majority of Marshallese exercise zero days a week. This pattern is also likely true in the urban areas of Marjuro and Ebeye.

There is no cure for diabetes once the diagnosis is made (unless some gets the very rare pancreas transplant). However, treatment can greatly reduce the risk of developing complications. The best treatments are lifestyle changes such as weight loss and exercise. In 2005, Canvasback Missions started the Wellness Center on Majuro in conjunction with the Ministry of Health and this center focuses on these lifestyle changes. However, these treatments are easy to talk about but hard to follow through on. They require people with diabetes to reverse poor health habits that they have likely followed for years. Another aspect of treatment is the medications and there are several that are very effective. Unfortunately, westernized medical practices are not always embraced by Marshallese and many of these medications are expensive and not readily available. 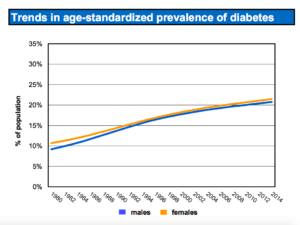 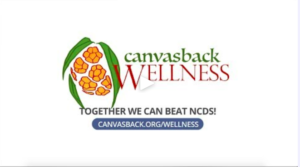